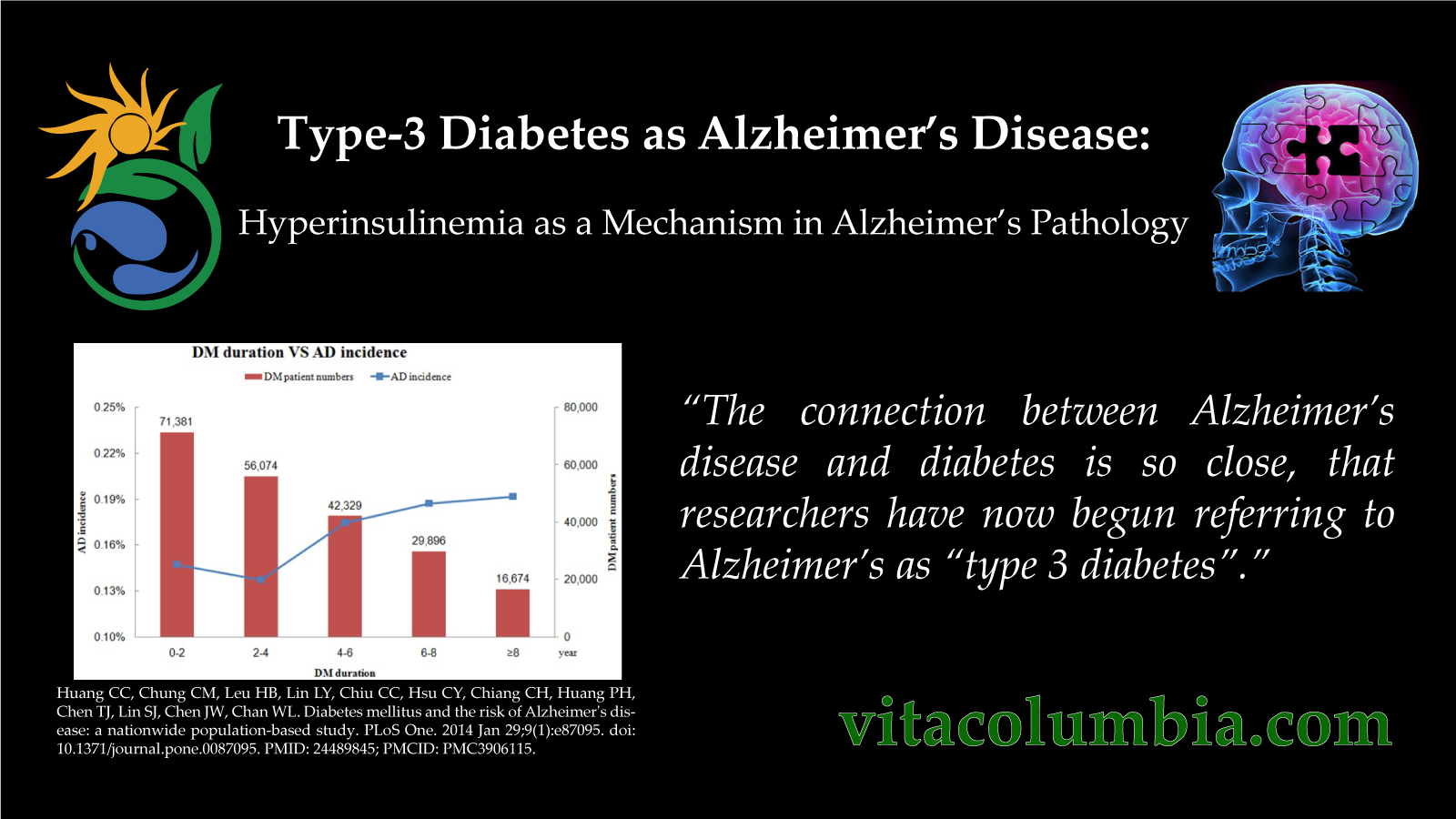 Type-3 Diabetes as Alzheimer’s Disease: Hyperinsulinemia as a mechanism in Alzheimer’s Pathology

The world is currently facing a diabetes epidemic, affecting over 400 million people worldwide. This figure is more likely to be double, as one in two people currently living with diabetes are undiagnosed. Type 2 diabetes is the most commonly known form of diabetes and without prompt diagnosis and management can lead to complications such as blindness, limb amputation, kidney disease, heart attack and stroke. In congruence with the rise of diabetes mellitus (DM) in the past century, humanity is facing another epidemic, dementia, which currently afflicts more than 35 million people worldwide. Almost half of people with dementia have Alzheimer’s disease (AD), the most common form, characterized by progressive memory, cognitive and behavioral deficits.

In a 2016 study published in the journal Diabetologia (the journal of the European Association for the Study of Diabetes), researchers uncovered that genes responsible for the production of toxic neuroproteins not only lead to Alzheimer’s symptoms, but also lead to diabetic complications. In response to the study results, lead researcher, Professor Bettina Platt stated, “Many people are unaware of the relationship between diabetes and Alzheimer’s disease, but the fact is that around 80% of people with Alzheimer’s disease also have some form of diabetes or disturbed glucose metabolism. This is hugely relevant as Alzheimer’s is in the vast majority of cases not inherited, and lifestyle factors and comorbidities must therefore be to blame.” The connection between Alzheimer’s disease and diabetes is so close, that researchers have now begun referring to Alzheimer’s as “type 3 diabetes”.

Scientists hypothesize that the pathological process leading to the development of AD encompasses two main features: amyloid plaques and neurofibrillary tangles. Amyloid plaques form as a result of the extracellular accumulation of beta-amyloid (Aβ), believed to trigger a cascade of events leading to neurodegeneration, and is the primary therapeutic target in AD pharmacotherapy. Neurofibrillary tangles (NFTs) on the other hand are intracellular inclusions, formed by the aggregation of tau proteins, which are microtubule-associated proteins that function to stabilize microtubules. Cognitive decline in AD is closely correlated with the progressive pathological accumulation of NFTs, believed to directly cause neuronal malfunction and cell death. Extensive clinical research has focused on Aβ or tau proteins as therapeutic targets, but clinical trials have had disappointing results thus far. The most promising therapeutic strategy, on the other hand, may be focusing on risk factors such as DM.

Science has only recently accepted the role of insulin in the brain, which include neuronal development, synapse formation, learning and memory, glucoregulatory function and feeding behavior. Researchers suspect that the high concentration of insulin found in the brain is the result of local production in the brain and active transported across the blood-brain-barrier via a specific transporter, affected by hyperglycemic states such as diabetes.

Physiologically, tau proteins are involved in stabilizing neuronal microtubules. In pathological states, such as AD, tau proteins undergo phosphorylation leading to aggregation, the formation of neurofibrillary tangles and neuronal toxicity. Glycogen synthase kinase-3 (GSK-3) is an important regulator of tau phosphorylation. Studies have shown that diabetes and obesity-induced insulin resistance cause excessive activation of GSK-3β which induces tau hyper-phosphorylation, leading to the formation of neurofibrillary tangles responsible for the cognitive changes in AD. Activation of GSK-3 is another suspected mechanism in which diabetes triggers the development of or accelerates the progression of AD.

With aging demographics and current trends, the number of people affected by dementia is expected to reach 115 million by 2050. This trend is not only devastating for individuals burdened with the disease, but also families forced to care for their loved ones. Furthermore, the economic impact on society is immense, with the Alzheimer’s Organization predicting Alzheimer’s and other dementias could cost the United States of America almost $1.1 trillion by 2050.

A optimal method to reduce the personal, social, and economic impacts of the DM and AD epidemics is through prevention, which can be best achieved through dietary changes and physical exercise. One simple dietary change involves substituting sucrose or table sugar for low-glycemic alternatives such as vitaSWEET in cooking, baking, and beverages. vitaSWEET is all-natural and as sweet as sugar, but without the metabolic consequences. 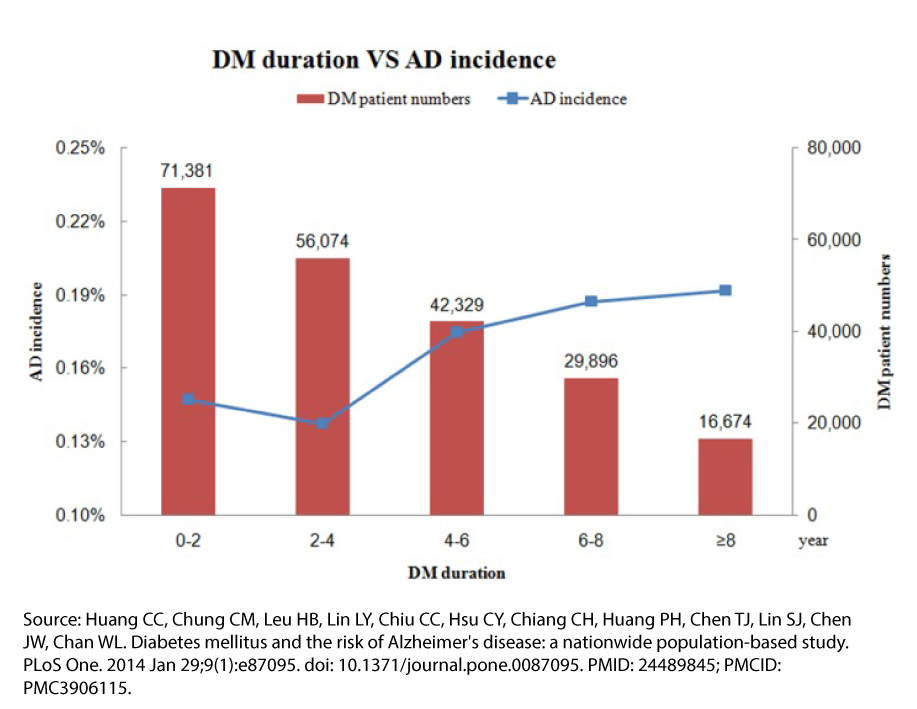 The connection between Alzheimer’s disease and diabetes is so close, that researchers have now begun referring to Alzheimer’s as “type 3 diabetes”.